The two watersheds that I primarily fish are the Myakka and Manatee Rivers. Both are similar in that there are dams which create lakes, then rivers below the dam which are brackish and tidally influenced. The Myakka has two dams and two lakes, Upper Myakka Lake and Lower Myakka Lake, both located within Myakka River State Park. Below the lower lake it is brackish and offers excellent snook fishing. While they share these similarities, they are also quite different.

Lake Manatee resembles many man-made impoundments. A dam was constructed on the river to create a lake. By Florida standards, the water is fairly deep in the old river channel.

I usually launch at the landing just past the state road 64 bridge, 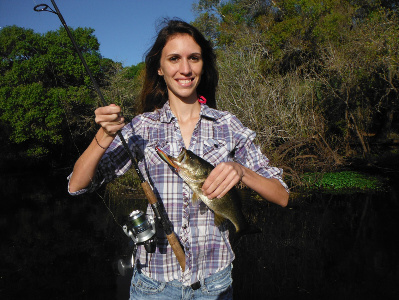 This is classic shoreline fishing with light vegetation. Topwater plugs are cast early in the morning and under overcast conditions while shallow diving plugs, spinnerbaits, and soft plastic baits are used later in the day. Lake Manatee has a healthy population of largemouth bass, excellent catfishing, and decent bream fishing. The Manatee River below the dam offers very good “mixed bag” fishing for bass, snook, catfish, bream, jacks, and other species.

I like to meet clients at Ray’s Canoe Hideaway, 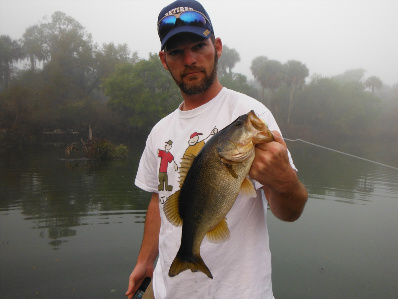 Shallow diving plugs are primarily used as they allow anglers to cover a lot of water effectively.

Both Upper Myakka Lake and Lower Myakka Lake lie within the borders of Myakka River State Park. There is also a section of river (several miles) that runs between them. This is true freshwater and the water level fluctuates greatly. Both lakes are quite shallow and have a lot of vegetation. The best fishing is when the water level is fairly high. Spinnerbaits, topwater plugs, and soft plastics work best. Bream fishing is excellent in both the upper lake and river.

Clients are usually met at the ramp at Upper Myakka Lake, 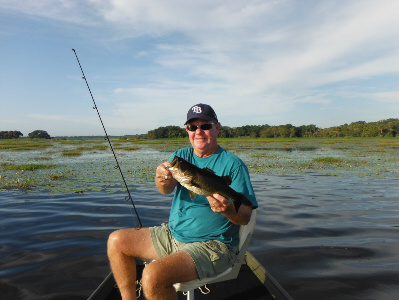 The tidal portion of the Myakka River below the lower lake offers fantastic snook fishing in the winter  as well as good bass fishing in the warmer months.
In the summer time, the water is usually too high and fast to fish effectively.

I fish this section of the river from a private ramp, 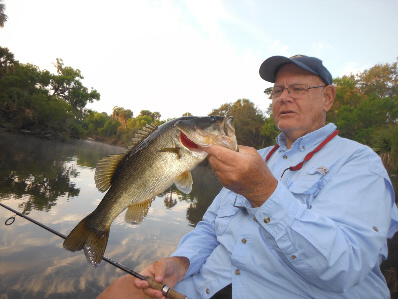